The road to success often seems nicely paved when young medtech entrepreneurs look at the success of companies that have thrived before them. However, not very often do you get to hear an innovator’s retrospective look on the real challenges they faced as they took their company from ideation to exit. Stanford Biodesign alumni and current fellows recently attended a panel session hosted by Hank Plain (Lightstone Ventures) where they had the opportunity to hear from three panelists: Andrew Cleeland (CEO, Twelve), Alexei Marko (CEO, Neovasc) and Matt McLean (Director R&D, Twelve). In August 2015, Medtronic acquired Twelve, the transcatheter mitral valve replacement (TMVR) company which was also the 12th company to emerge from medtech incubator The Foundry. While it was not the first TMVR acquisition announced that summer (Edwards acquired CardiAQ for ~$400 million and Abbott acquired Tendyne for ~$250 million), it was the largest: $408 million at closing plus $50 million upon achievement of CE Mark. The panelists shared their stories on how the Twelve team worked fiercely to bring forward a concept from paper to first-in-man to acquisition in four years while working in collaboration with a direct competitor to make such magic happen.

END_OF_DOCUMENT_TOKEN_TO_BE_REPLACED 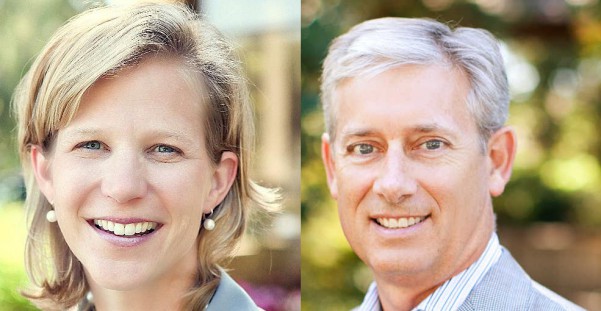 Two Sides of the Same Intersect ENT: CEO and Investor Talk About Making a Partnership Work

You don’t have to look far to find stories of the tension that can form between a CEO and their investors. What doesn’t always get as much attention as these dramatic tales, however, are the stories where each role finds their complement in the other, providing the stability that allows a startup to fight through a sea of obstacles and ultimately achieve success. At a recent SBAA tableside chat, Biodesign alumni had the opportunity to sit down and hear firsthand of one such supportive partnership between Intersect ENT’s CEO Lisa Earnhardt and lead investor Dana Mead of KPCB. They shared with us both the highs and lows that brought Intersect ENT from an early-stage startup all the way to achieving an increasingly rare medtech IPO.